Thr trophy is awarded each year to the person who flies the ‘Most meritorious arrival by air’ at the rally.

Paul won after flying from the North of Scotland to the rally in Northampton in his very small and basic, Tipsy Nipper aircraft.

The flight was nearly 500 Miles, and took a little over five hours with one fuel stop en-route.

He spent the weekend at the show, including sleeping under the wing in a micro-tent! 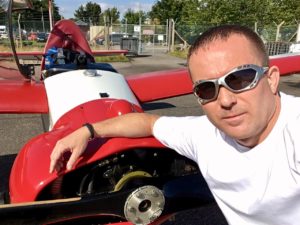 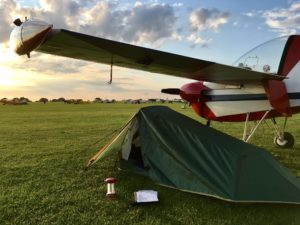 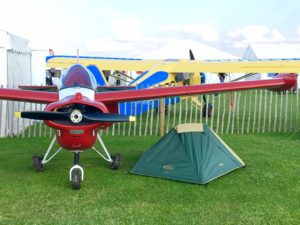